Duncan Tonatiuh has done it again!  In his 2017 book, Danza!, he tells the story of Amalia Hernández, founder of El Ballet Folklórico de México, her dance company that combined modern dance and ballet to the traditional Mexican folk dances.  Tonatiuh’s signature illustrations pay tribute to the ancient art of the Mixtec people, who are indigenous to Mexico.  Tonatiuh’s book tells the story of how Amalia became inspired to dance, formed her dance company, and honored Mexico’s history of the art.  The picture book biography provides the reader with new, enriching vocabulary, beautiful illustrations, and the fascinating story of a Mexican woman who set out to reach her dream with the support and love of her family and community. 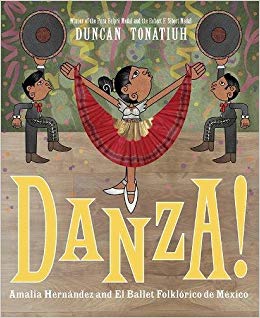 This is not the first book Tonatiuh has written and illustrated that honors the history and tradition of Mexican and Mexican-American culture.  Diego Rivera: His World and Ours, the Pura Belpré Medal for Illustration award winning book was published in 2011, honors the life of the Mexican painter and his contributions to the Mexican mural movement.  Rivera had a long span for his career, painting murals across Mexico from 1922 until 1953.  Tonatiuh also wrote the Pura Belpré Honor for Illustration, Robert F. Sibert Honor, Americas Award, and Jane Addams Children’s Book Award winning book, Separate is Never Equal, in 2014.  This book chronicles the life of Sylvia Mendez, an American citizen of Mexican and Puerto Rican descent who, with her parents, fought for desegregation of public schools in California in 1946.  Her court case, Mendez vs. Westminster.  The case ruled in favor of Mendez and helped to highlight the injustices of segregated education for 5,000 Hispanic American families across Orange County, California.  Tonatiuh, through his thoughtfully planned illustrations and beautifully worded text, inspires young readers to advocate and fight for real change. 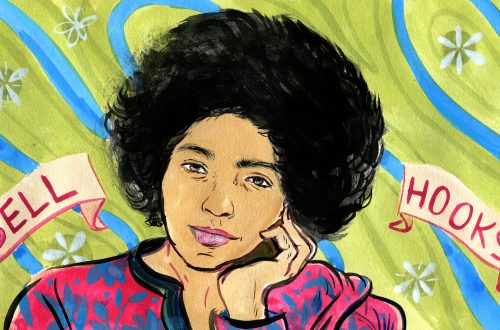 Strictly No Elephants by Lisa Mantchev